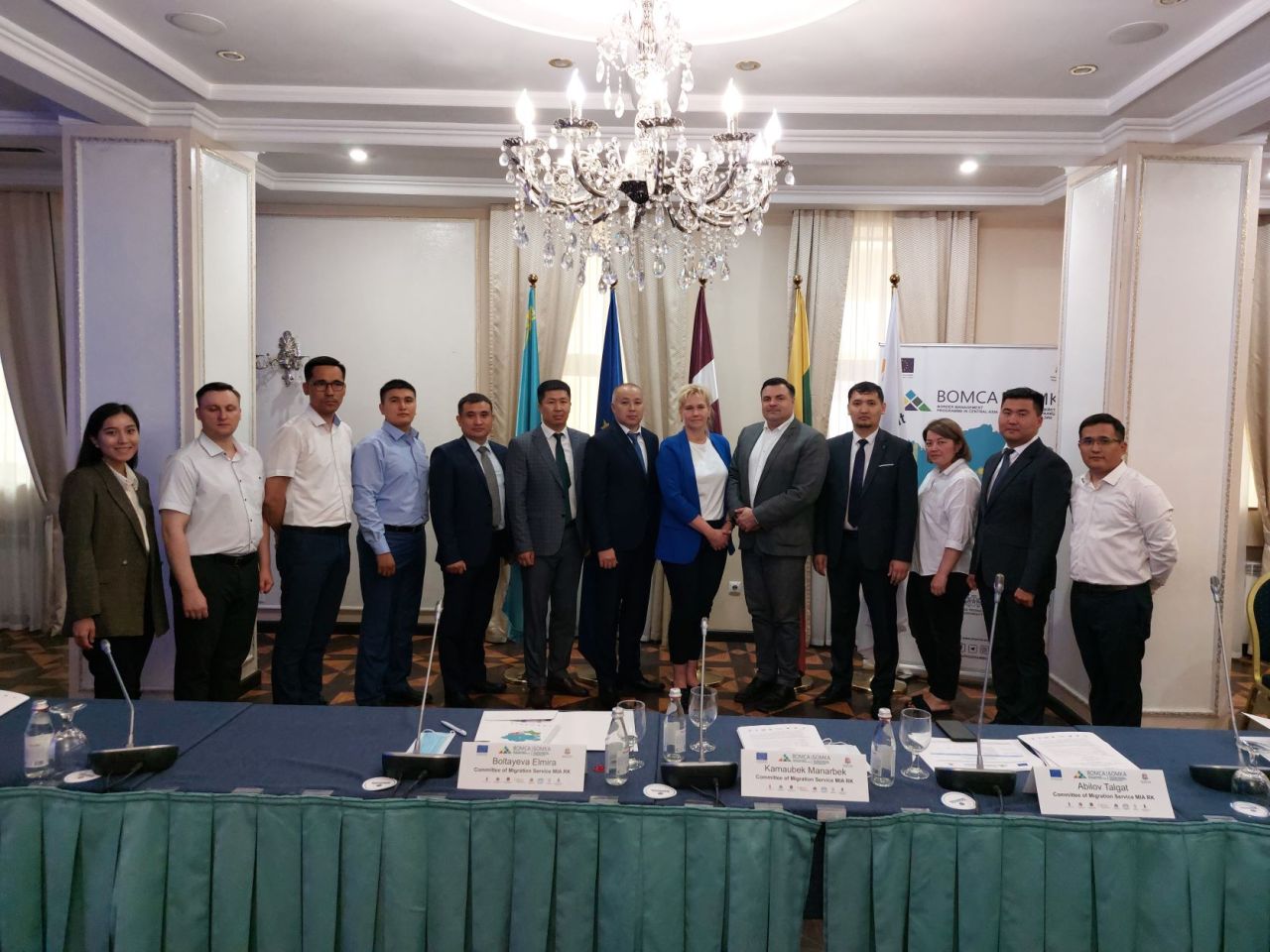 From 25-28 July of this year, the Border Management Programme in Central Asia (BOMCA), in partnership with the United Nations High Commissioner for Refugees Agency (UNHCHR) and International Organization for Migration (IOM) held a national workshop on international standards in identification, detention and return of irregular migrants in Nur-Sultan. Representatives of the Committee for Migration Service, the Police Department of Nur-Sultan city and the Administrative Police of the Ministry of Internal Affairs, as well as the Border Service and 2nd Department, National Security Committee of the Republic of Kazakhstan took part in the event. This is the fifth workshop of its kind conducted by the BOMCA Programme in the Central Asian region, which concludes a series of similar workshops implemented in each country of the region.

The workshop aimed at raising awareness about international legislation and legal instruments for efficient migration management, development of institutional approaches to the processes of identifying irregular migrants and their effective return, as well as improving the existing legal framework and law enforcement mechanisms for their return. The expert group was composed of the representatives of State Border Guard of Latvia, State Border Guard Service of Lithuania and the UN Refugee Agency and International Organization for Migration in Kazakhstan.  During the workshop, participants learned about the practices of the European Union countries in methods of identifying migrants and procedures of detention, accommodation, ensuring the rights of detained migrants and return, including the application of readmission agreements.

As a result of the event, participants, supported by the experts, analysed national legislation in comparison to international standards and discussed their findings. Special attention was paid to cooperation between institutions responsible for migrant issues, as well as international and non-governmental organisations. They also learned about standards applicable to immigration detention centres (specialised centres) and the treatment safeguards to be provided to migrants detained there. Concrete recommendations on development of the national legislation and procedures were mapped and will be further developed by the expert team forthe national counterparts to review and implement follow-up actions.