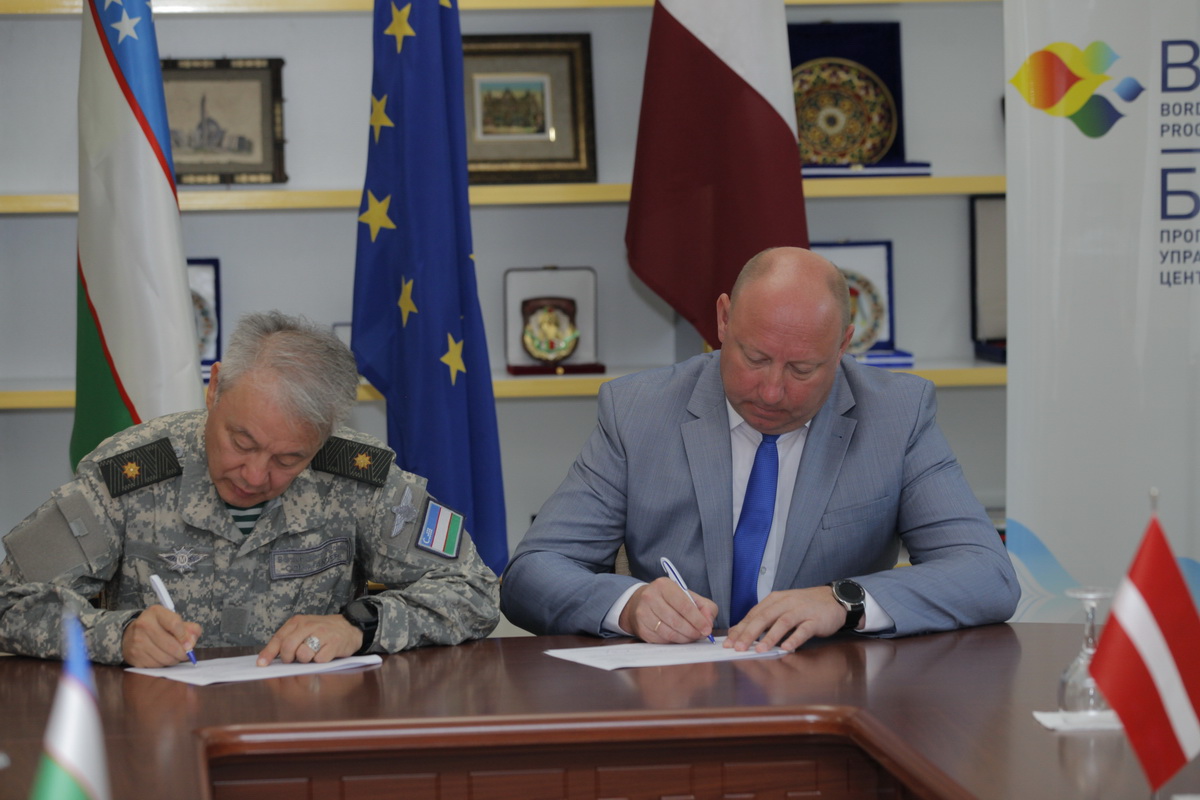 On 6th of August in Tashkent , a ceremony of transfer of equipment purchased by BOMCA program for Border Troops of Uzbekistan was held. BOMCA transferred 40 sets of compact document authenticity control devices Regula 1025 and 15 small-sized desktop document readers 15 Regula 7024M.111. Using these devices will allow border guards to detect signs of fake security elements, to automatically read and verify the authenticity of passports, ID cards, driver's licenses, visas and other documents.

The equipment transfer ceremony was attended by Major General R. Mirzaev, Commander of the Border Troops of the State Security Service of the Republic of Uzbekistan, E. Stiprais, Head of the Delegation of the European Union to Uzbekistan, Colonel M. Domins, Regional Program Manager of BOMCA, as well as representatives of the Embassy of Latvia. After the official part, guests were invited to visit the Museum of the Border Troops.