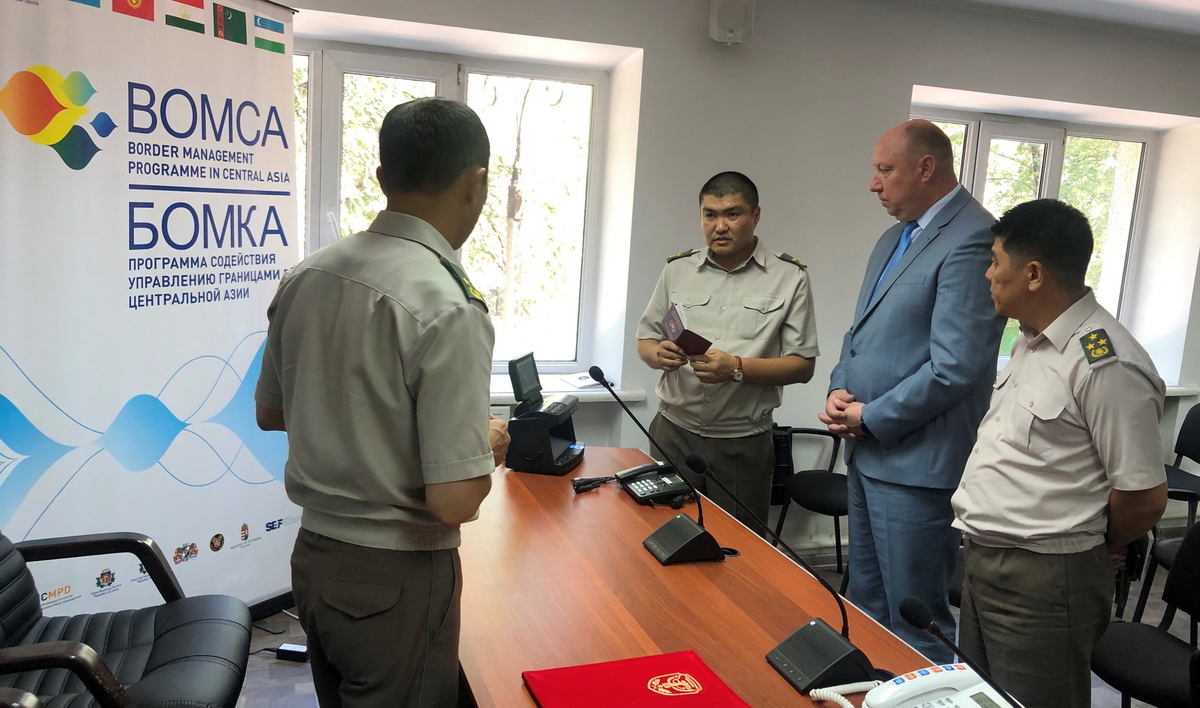 On July 10, the BOMCA program officially handed over to the State Border Service of Kyrgyzstan 7 sets of devices for the in-depth verification of the authenticity of documents "Regula 4115".

The latest generation of devices with integrated system "Passport" contains benchmarks of 20 countries passports, which makes possible to immediately compare the checked document with the benchmark. Also, the functionality of devices allows to study the documents at several levels (document basis, printing protection, physical and chemical protection). It is also possible to study the individual fragments and make a rapid comparative analysis under different light sources. These devices will be used by border guards of Kyrgyzstan for in-depth verification of documents, if the risks of forgery are identified.