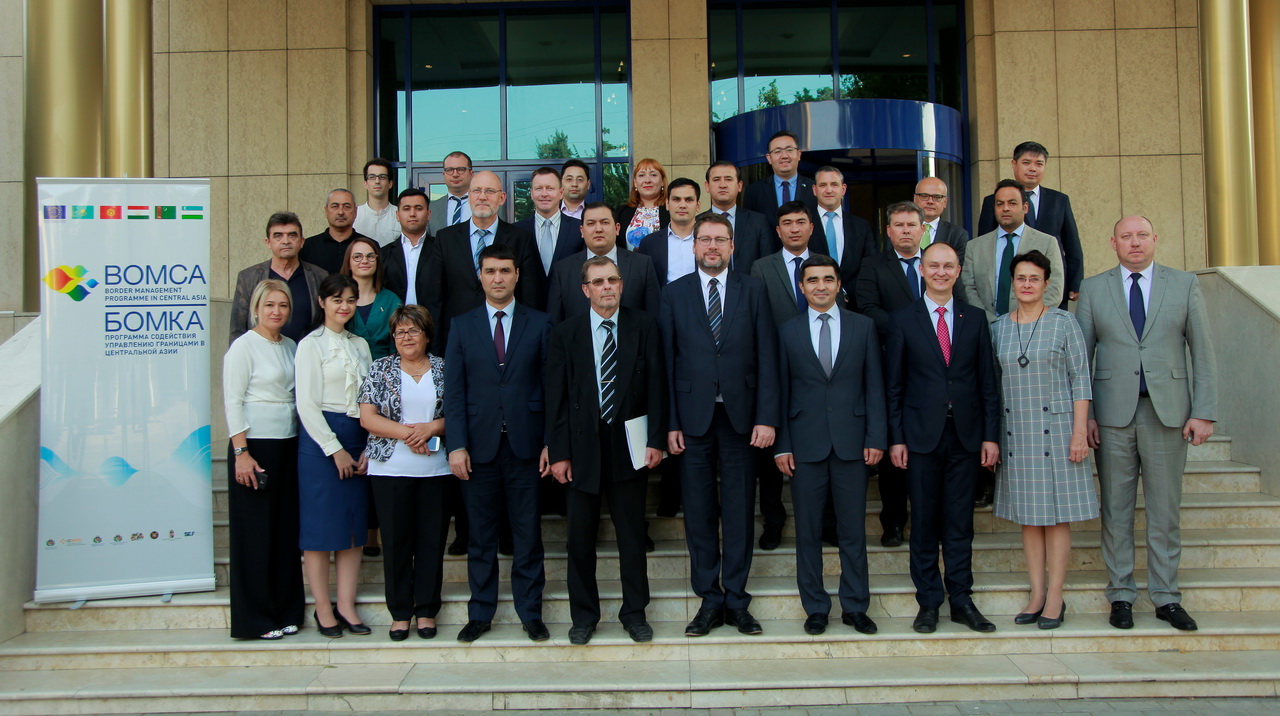 BOMCA launched a new round of National Steering Group meetings. The series of five meetings in Central Asia countries began in Ashgabat (Turkmenistan) on September 13, continues in Dushanbe (Tajikistan) on 23 September, Tashkent (Uzbekistan) on 26 September, Nur – Sultan (Kazakhstan) on 30 September and will terminate in Bishkek (Kyrgyzstan) on October 03, 2019.

During the meetings, BOMCA together with its key partners from the beneficiary agencies, as well as EU representatives jointly asses the work done during the previous year and discuss planned activities for the rest of the programme duration. Beneficiaries provide feedback of the status of recommendations, developed by BOMCA in 2016, 2017 and 2018 and inform which recommendations have been adopted into practice and which could be considered as potentially useful in the future. Partners are also  given the possibility to share their opinions and ideas that came out of the participation in the BOMCA activities so far as well as  provide their recommendations for the successful implementation of remaining activities planned for 2019.

The National Steering Group Meetings continue to serve a basis for monitoring progress towards project goals and a reference point for efficiency of co-operation and partnerships with the beneficiaries during the implementation phase.

To date,  205 activities were implemented by the end of September 2019 in Central Asia countries with the engagement of over 3 000 state officials of beneficiary agencies and provided equipment to 4 CA countries for over 330 000 EUR.